The Stucco Decoration and Architectural Assemblage of Structure 1-sub

Structure I-sub, also known as the Temple of the Seven Dolls, dates to about A.D. 700 and is probably one of the earliest vaulted temples built at Dzibilchaltun. This report is a study of the stucco decoration preserved on and fallen from the upper facade of this and other vaulted buildings in the Seven Dolls group. The first half of the report describes the stucco and its iconography. A comparative discussion follows, presenting the local, regional, and wider Mesoamerican context of Structure I-sub. Coggins argues that Dzibilchaltun was a carefully planned cosmic assemblage, comparing it to the contemporaneous twin- pyramid groups at Tikal. 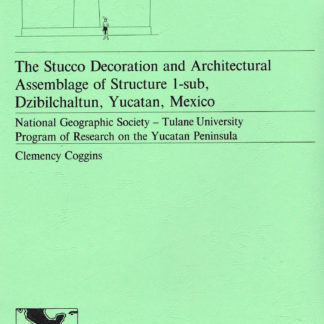 You're viewing: The Stucco Decoration and Architectural Assemblage of Structure 1-sub $20.00
Add to cart